Every year in January, a village in the Swiss canton of Graubünden becomes the stage for the global economy and politics. The World Economic Forum (WEF) invites attendees to Davos to discuss current issues. This year, the issue at the top of the list is our climate.

However, this does not mean the overheated global political mood or the rapid cooling of diplomatic relations between individual countries. It is about the scientifically proven knowledge that humans are the main cause of the ongoing problem of global warming and how a globalised economy will contribute to solving this problem.

Once again this year, the WEF has invited the prominent representative of the Fridays for Future movement, Greta Thunberg, to the meeting of the powerful. She made a special appeal to the world of finance at the beginning of January with a contribution on the WEF website: «The world of finance has a responsibility to the planet, the people and all other species living on it.»

This ascribed responsibility can feel very close to humanity in times of environmental disasters, such as the fires in Australia, volcanic eruptions in the Philippines and the floods in Indonesia. Unfortunately, some people fall into childish reaction patterns when faced with such criticism and demonstratively take the opposite position. But that doesn't really help anyone – solution-oriented action looks different. That is why I would like to shed light on a system with which you can break up ingrained patterns of thought: the tetralemma.

Ways out of the dilemma

Even if populists like to depict the world in black and white, we know that reality shows finer nuances. The so-called tetralemma offers a way out of entrenched patterns of thought. Originally derived from Indian logic, this structure was adopted by systematic thinkers and is an extraordinarily powerful process for overcoming any rigidity in schematic thinking. It is now part of the standard repertoire of systemic consulting and achieves amazing results.

We go through four positions in thought: The «one», i.e. what has been considered true until now, and the «other», which is the opposite of the «one». The dilemma between the «one» and the «other» that has now arisen is completely resolved by adding an «as well as», a «neither of the two» and finally a «none of the above». 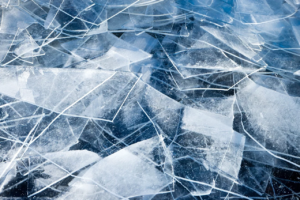 The «as well as» takes a look at what is supposedly overlooked – is there some kind of compromise between the two positions? Can they be agreed upon in terms of time or space, or are they even apparent opposites? «Neither of the two» poses the question of context. For it is quite possible that both positions could be «wrong». Which problem would then have to be solved? Finally, the most radical position «none of the above», negates all previous approaches and thus facilitates completely detached lateral thinking and the emergence of new, creative approaches to solutions. Through the tetralemma, the mental space expands and provides new possibilities for action.

A wonderful example of the application of the tetralemma principle is a New York Times article by environmental activist Emma Marris. She introduces the role of context («neither of the two») into our reflections and thus manages to break dichotomous blocks of thought and to point out new options for action. You too can use the tetralemma to reassess seemingly opposing positions. To this end, I wish you – above all – the serenity to accept things you cannot change, the courage to tackle things you can change and most of all, the wisdom to know the difference.