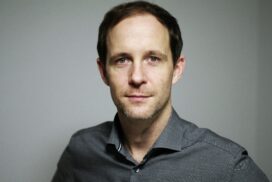 Building brand equity, generating demand, and increasing awareness – doors open for those who focus on thought leadership. In this article, we want to take a look at a topic that has been causing a furor in recent years: thought leadership.

Thought leadership is the opinion leadership of a person or company on a particular topic or in a particular industry. It is the new North Star in the strategic positioning of companies and means taking the lead with ideas. But it doesn't work without thought leaders. They inspire and provide new perspectives on familiar challenges. Thought leaders are considered experts in their field. Their expertise has a special status both in the general public and in industry circles.

Especially in the B2B environment, the attention of decision makers is very precious. Studies such as Edelman's Thought Leadership Impact Study show that the C-level in particular is increasingly conscious of thought leadership content. Good content has been proven to influence the perception of employees, brands and companies. Thought leadership content manages to cut through the noise of social media and convey messages that would otherwise be drowned out.

A dazzling example of thought leadership

A well-known example of thought leadership is Elon Musk. His ideas are revolutionizing digital payments, our idea of an electric car, and inspiring us to colonize Mars. On Twitter alone, over 50 million people currently follow him. That's far more than the followers of his corporate brands Paypal, Tesla and SpaceX combined. When Musk speaks out on a topic, it makes an impact.

For example, in January 2021, he tweeted the following two words, «Use Signal». The effect of this message could not be overlooked, because just a few hours later, the stock market value of Signal Advance Inc. rose rapidly. At the peak, the share price amounted to 5100% of the original value. And this despite the fact that Musk's tweet did not refer to this company at all, but to a messenger service.

Thought leadership as a collective achievement

A good example of thought leadership among medium-sized companies is the Haufe Group from Freiburg, Germany. The company transformed itself from a traditional publishing house to an integrated solutions provider. Exciting experiments in their own company, such as the election of supervisors by employees, made the Haufe Group known across industries - and a sought-after contact for questions about New Work. As experts, they strengthened their market position and received several awards for their courageous path.

The difference between Haufe and Musk is that for Haufe, thought leadership does not rest on the shoulders of just one individual. Rather, all employees are empowered to showcase their expertise to the outside world. Thought leadership is not a one-man show, but an orchestra that plays different instruments. In this way, a wide variety of touch points are created externally, which have an effect on the perception of the company.

The concrete benefits in practice

A thought leadership strategy can open doors for a company. By spreading innovative thoughts and sparkling ideas, you attract sustainable attention: You generate demand because your company stands out compared to the competition. You build your brand equity because you are perceived as an innovative player that people will want to do business with in the future. As a result, new customer relationships are built. You strengthen the employer brand as you attract talent through your external perception. All of this culminates in new opportunities for sales and collaborations.

If you are interested in positioning your company in thought leadership, there is a simple as well as powerful way: rely on your employees and train them. Every company has experts per se who already have authority in a field and can score with new insights and perspectives. Because the necessary tools, skills and mindset as basic equipment of every thought leader can be learned. The result of this process: you can bundle the best ideas from your company, use them strategically and take the lead.

About the author: Michael Bursik